The Gig Economy – Freelancing in Canada 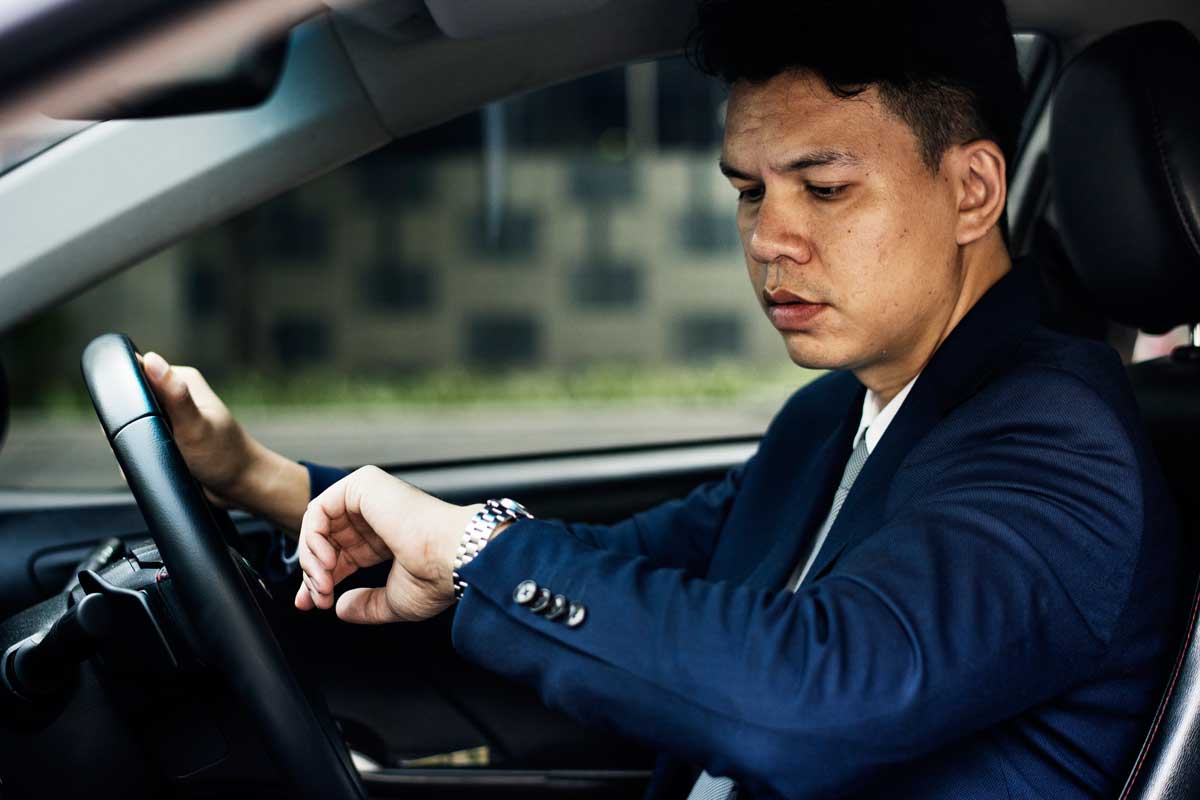 Posted at 23:08h in Employment Lawyer by Kathy Chittley-Young

On-demand. Freelance. Contingent. Love it or loathe it, call it what you will, the gig economy is growing and shows no sign of slowing.

But what is it? The gig economy consists of short-term contract workers hired on a project basis.

The Gig Economy in Canada

A curiosity to many Baby Boomers, the growth of communications technologies and big data, an educated and specialized workforce, and the economic downturn in 2008 created the perfect conditions to push the gig economy into the mainstream.

Non-traditional workers make up an increasing portion of the workforce. According to a report from the HR consulting firm Randstad, these workers make up an estimated 20 to 30 per cent of the modern Canadian workforce. Information technology, administrative support and human resources are among the sectors that make the greatest use of this contingent workforce.

The Pros of the Gig Economy

The gig economy is championed for the flexibility it offers workers. Job postings for companies like Skip the Dishes and Uber invariably tout the prospective worker’s ability to set their own hours. At their best, gig jobs allow workers to carve out their ideal work-life balance while doing work they love.

For employers, contract, freelance and temporary workers offer the freedom to hire workers on an as-needed basis. As an employer, you can hire a specialist to address a pressing need for a fixed term and then have that expense vanish once the job is done. Temporary workers also enable employers to avoid paying into certain benefits and other expenses to which permanent employees are entitled. 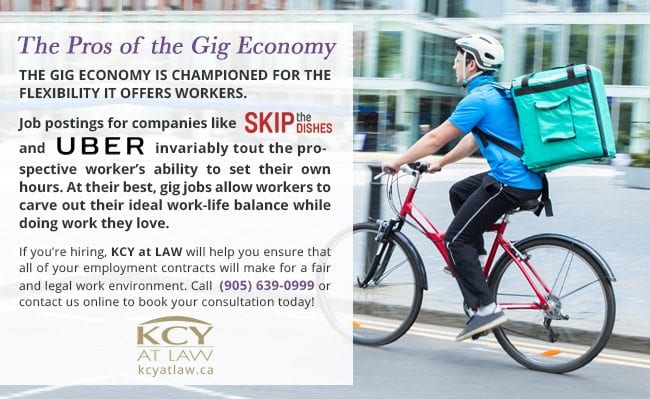 The Cons of the Gig Economy

While the flexibility of the gig economy may be enticing, many people find themselves doing gig work out of necessity rather than choice. After all, contract workers do not have the same access to many aspects of the social safety net as permanent employees.

Many people would prefer to have a permanent position that offers stability, security, benefits and opportunities for advancement. Instead, many young workers in particular are faced with one short term contract after another and are forced to juggle multiple jobs just to make ends meet.

If contractors save companies money, why not contract out all positions? For employers, temporary workers can be financially prudent. However, permanent staff bring benefits of loyalty, stability and the sort of team work that can only grow from teamwork experiences. Temporary workers may be less likely to feel invested in a company that is not investing in them. Furthermore, constantly having to train new workers and integrate them into your business can be time-consuming and therefore costly. 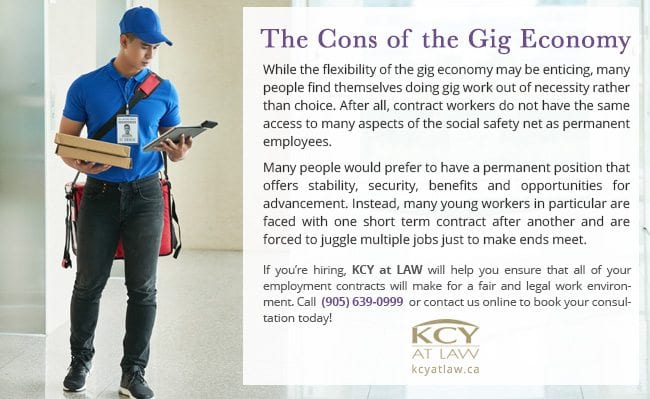 Legal Frameworks for the Gig Economy

There is a growing need for legislation that protects workers in these situations of precarious employment. After all, contractors are often doing the same work as employees but at lower wages and without many of the benefits of permanent employees.

There are many legal and policy questions that the online gig economy poses and with which Canadian legislators are only beginning to grapple. To this today, determining whether a worker is an employee, an independent contractor or a dependent contractor has been primarily addressed on a case by case basis. Set rules have yet to emerge.

If you’re hiring, KCY at LAW will help you ensure that all of your employment contracts will make for a fair and legal work environment. Call (905) 639-0999 or contact us online to book your consultation today.