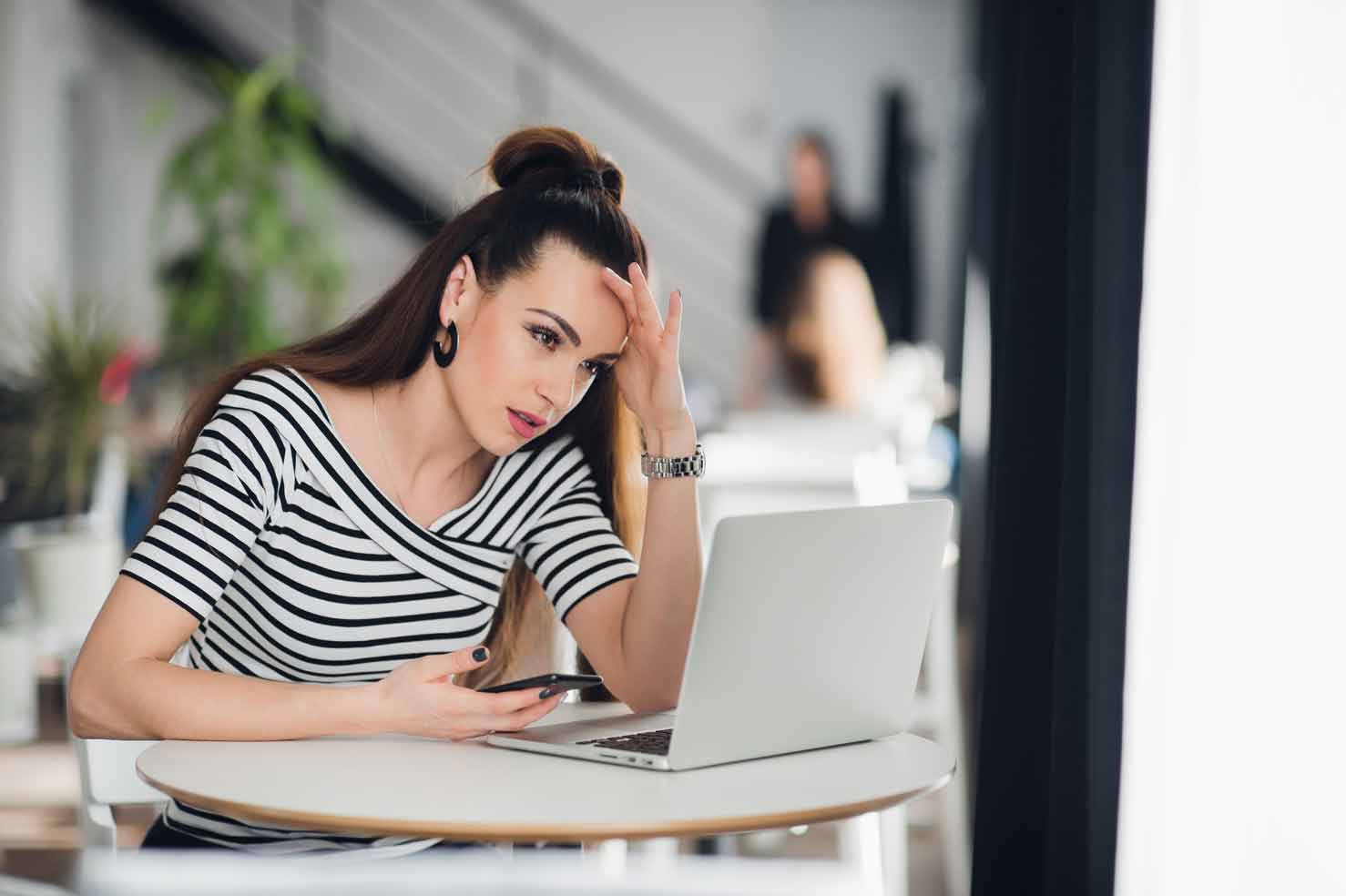 Posted at 11:32h in Personal Injury Lawyer by Kathy Chittley-Young

Recently, a woman from British Columbia (in the case of Pritchard v Van Nes 2016 BCSC 686) has been ordered to pay more than $65,000.00 after it was determined that she made unfounded accusations through Facebook indicating that her neighbor was a pedophile who set up mirrors and cameras in his backyard to spy on her children.

Justice Saunders of the British Columbia Supreme Court ruled that the woman’s online posts were “completely false and unjustified” and had a significant adverse impact on her neighbor and his career as a middle-school music teacher.  Despite the woman removing the comments from her Facebook profile within 27 hours of putting them up, the Court determined that the damage had already been done, including one member of the community contacting the principal of the school where the neighbor worked concerning the accusations. 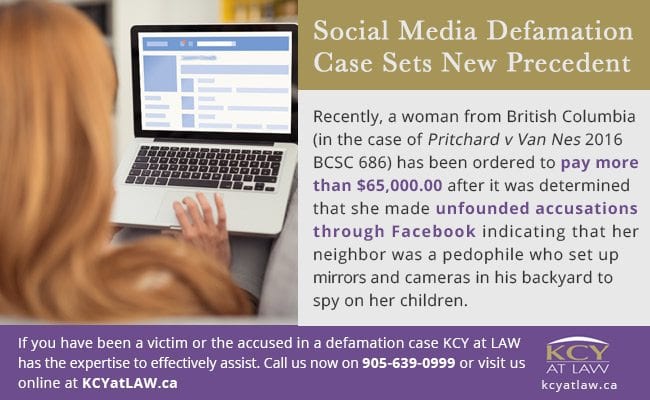 In this case, the Court held that the allegations of pedophilic behavior is the most effective way to destroy a teacher’s reputation and career and significantly impacts their life and individual dignity.  Accordingly, the Court awarded $50,000.00 in general damages, $15,000.00 in punitive damages, and an additional $2,500.00 for the neighbor’s nuisance claim.

Liability For Defamation in Social Media

This case is significant not only in light of the Court’s analysis between the right to reputation and freedom of expression, but also because it delves into the issues of whether someone is liable for the re-publication of the initial defamatory post through their “friends” sharing the post or others seeing the post or vis-à-vis any of the direct comments responding to that post.  In this case, the Court decided to impose liability on the person who started it all, the woman, which suggests that the Court held the woman liable for the actions of others in relation to her initial post. 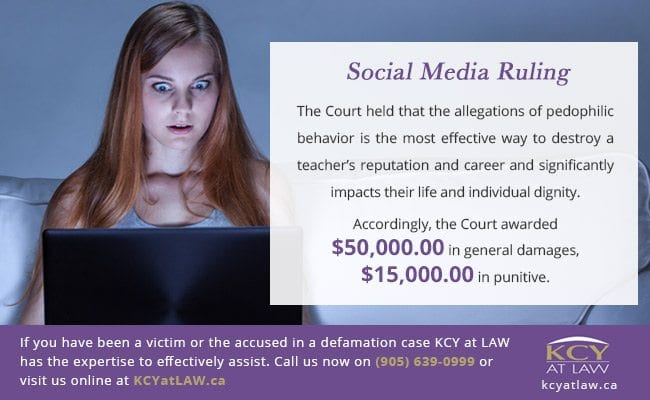 In recent past we have also seen cases involving allegations of defamation in the context of employment law and the impact defamatory comments (whether verbal, in writing, or electronically) can have on an individual’s employment.  Furthermore, with social media and the internet playing a bigger and bigger role when it comes to the dissemination of information, the consequences of any actions taken in this realm may potentially be very serious.

Regardless of the context of the alleged defamatory comment(s) and/or whether you are the victim or accused, we at KCY at LAW have the experience and expertise necessary to effectively assist in handling your case and ensuring your legal rights are properly looked after.

Just Cause for Dismissal