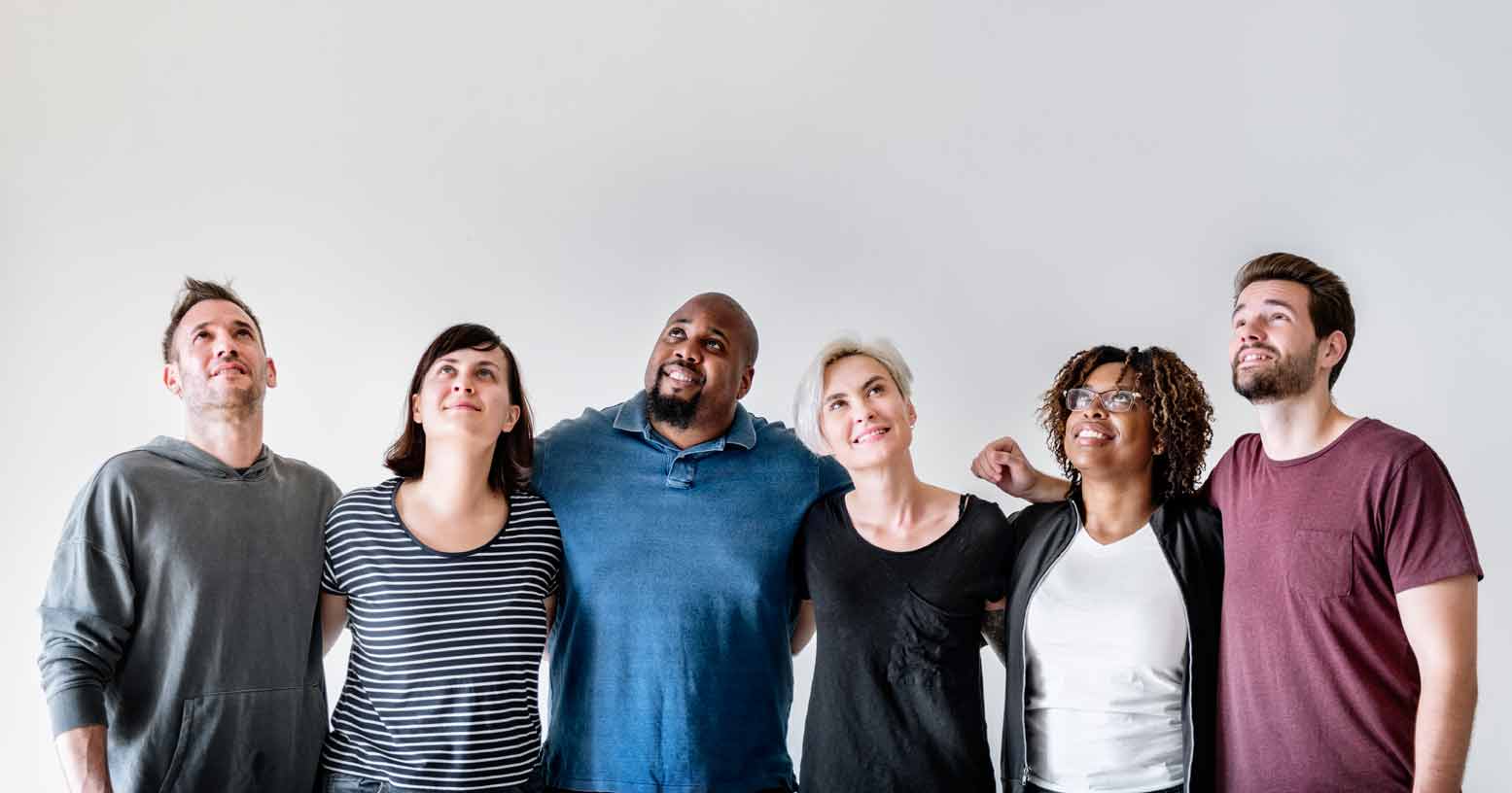 18 Oct Employees Not Covered By ESA

Posted at 16:21h in News by Kathy Chittley-Young

Seeing as this blog is situated on an employment law firm’s website, it’s made ample mention of the Employment Standards Act (ESA) over the years.

The ESA is one of Ontario’s most significant pieces of employment legislation. The Act sets out employees’ rights and employers’ responsibilities in the workplace. It also sets standards for things like minimum wage and overtime pay.

Employees Not Covered by ESA in Canada 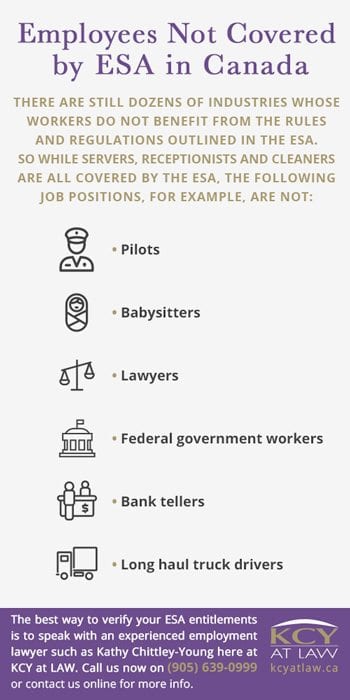 However, there are still dozens of industries whose workers do not benefit from the rules and regulations outlined in the ESA. So while servers, receptionists and cleaners are all covered by the ESA, the following job positions, for example, are not:

Instead, employees in the above jobs may be regulated by other legislation such as the Ontario Labour Relations Act or the Canada Labour Code.

While the ESA applies to most Ontario workplaces, according to the Ministry of Labour, the ESA does not apply to:

Employees in Sectors that Fall Under Federal Jurisdiction

Such sectors include airlines, banks, post offices, radio and television stations and the federal civil service. Employees in these sectors are covered by laws made by the Canadian government, such as the Canada Labour Code, which apply all across Canada. The Canada Labour Code also applies if you hold political, judicial, religious or elected trade union office.

This applies to you if you are working under a program that has been approved by a university or college of applied arts and technology or if you are a secondary school student performing work under a program authorized by your school board.

Individuals Doing Community Participation Under the Ontario Works Act of 1997 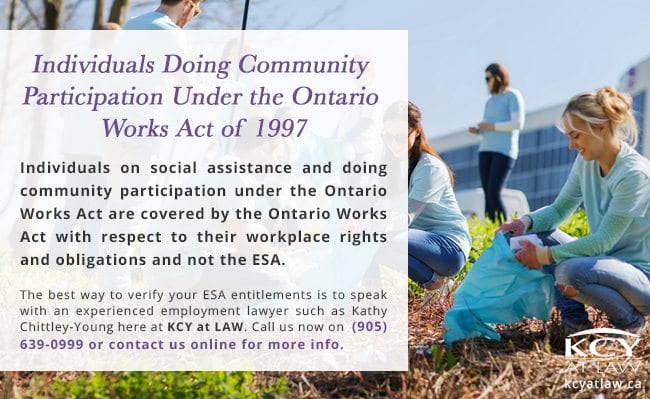 Employers have occasionally tried to claim that their workers are self-employed and that the ESA therefore doesn’t apply. But this is often inaccurate. Even if you signed a contract saying that you are an ‘independent contractor’ you may still be entitled to ESA protections.

The best way to verify your ESA entitlements is to speak with an experienced employment lawyer such as Kathy Chittley-Young here at KCY at LAW. (905) 639-0999 or fill out a form online here.

I think I’ve Been Wrongfully Terminated