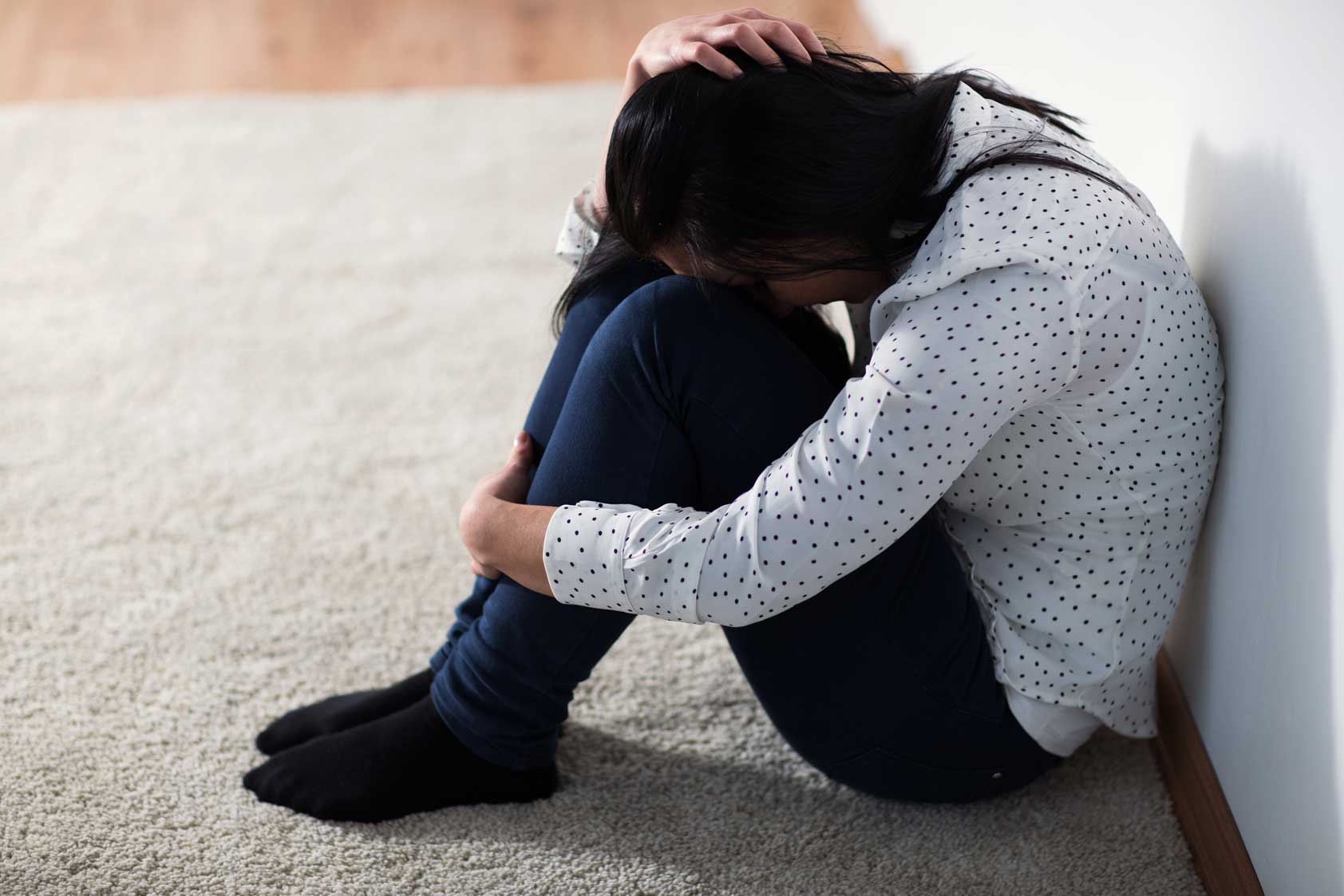 Posted at 14:46h in Employment Lawyer by Kathy Chittley-Young

According to the Canadian Women’s Foundation, 67% of Canadians indicate that they have personally known at least one woman who was the victim of physical or sexual abuse. Nightly, nearly 3,500 women and over 2,700 children use shelters because home isn’t safe. These are just some of the striking statistics about domestic violence in Canada.

Bill 26: A Paid Leave for Safety To Support Victims of Domestic Violence

Dealing with the emotional, physical and criminal fallout of domestic violence can be a timely process. It takes time to seek psychological and medical help, talk to law enforcement, make sure your children are safe, deal with the courts, not to mention heal yourself. Bill 26 seeks to provide victims of domestic violence the critical support of time.

Bill 26 was first introduced in the spring of 2016 as a private member’s bill from NDP MPP Peggy Sattler and has since garnered support from Ontario Labour Minister Kevin Flynn and over 50 labour unions. The bill passed its first and second readings last fall with unanimous support.

Domestic Violence and the Workplace 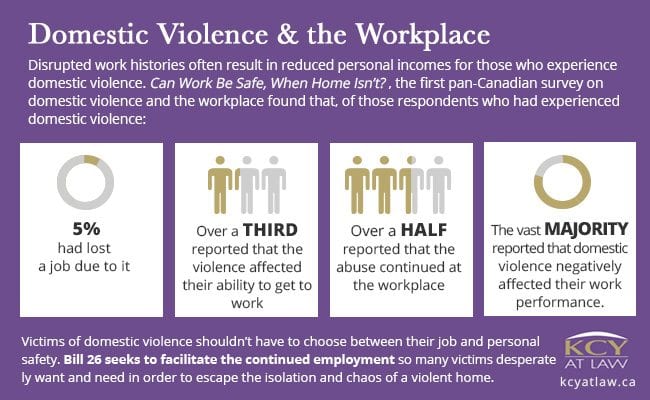 Disrupted work histories often result in reduced personal incomes for those who experience domestic violence. But the impacts of domestic violence are further reaching still. The Department of Justice estimated that domestic violence cost Canadian employers $78 million annually. However, this number pales in comparison to the department’s more inclusive estimate of $7.4 billion which considered the societal costs (policing, judicial, social services etc.) of dealing with the aftermath of spousal abuse.

Employment is an essential resource for individuals trying to leave an abusive relationship. Can Work Be Safe confirmed the importance of secure employment with 75% of respondents indicating a paid leave could reduce the harm of domestic violence. A secure job provides the financial stability necessary for victims to escape domestic violence and maintain a reasonable standard of living for themselves and their children.

Victims of domestic violence shouldn’t have to choose between their job and personal safety. Bill 26 seeks to facilitate the continued employment so many victims desperately want and need in order to escape the isolation and chaos of a violent home.

If passed, Bill 26 would amend the Employment Standards Act (ESA) and the Occupational Health and Safety Act to provide accommodations for employees if they or their child experiences domestic violence or sexual violence. Proposed accommodations include offering the employee an alternate work location, alternate or fewer work hours, or a paid leave of absence. 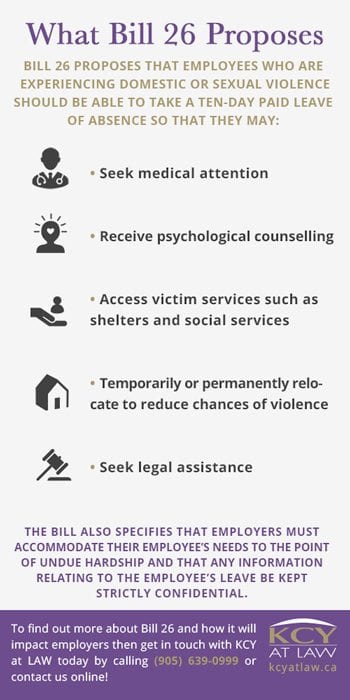 Bill 26 proposes that employees who are experiencing domestic or sexual violence should be able to take a ten-day paid leave of absence so that they may:

The Bill also specifies that employers must accommodate their employee’s needs to the point of undue hardship and that any information relating to the employee’s leave be kept strictly confidential. Additionally, Bill 26 advises that:

If you would like to lend your support to Bill 26 you can do so by signing this petition.

Though Bill 26 still has several bureaucratic and legislative hurdles ahead of it, all signs suggest that the ESA will be amended to include domestic violence leave. Employers would therefore be smart to start considering how their current workplace training and policies will fit into such a framework and start exploring ways in which Bill 26’s proposed changes might be incorporated.

Workplaces need to develop practices that promote violence prevention and safety, hold abusers accountable for their behaviour, and support victims. KCY at LAW are experienced employment lawyers and can help you craft supportive and practical workplace policies that accommodate all employees and help employers keep their business running smoothly, whatever crisis should arise. Call us at (905) 639-0999 or contact us online to book your consultation now.

Should Training be Paid?