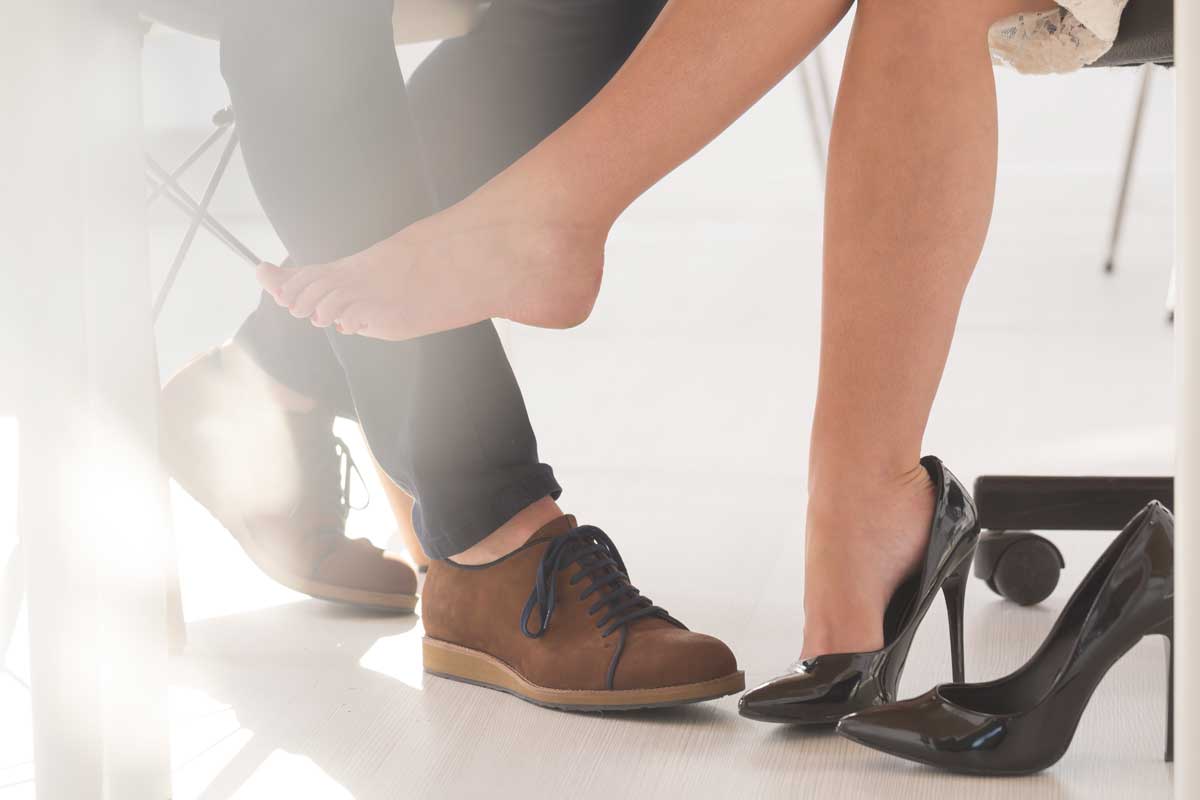 02 Aug Bill 132: New Protections Against Sexual Harassment in the Workplace

Posted at 19:30h in News by Kathy Chittley-Young

In September of last year, the Government of Ontario officially signed Bill 132 into law as part of the provincial government’s efforts to address harassment in the workplace. The Bill involves amendments to various existing statutes and legislation such as the Occupational Health and Safety Act (OHSA).

The Bill expands the definition of ‘workplace harassment’ to include directing comments or conducts against an employee at a workplace that could reasonably be considered unwelcome or sexual harassment. 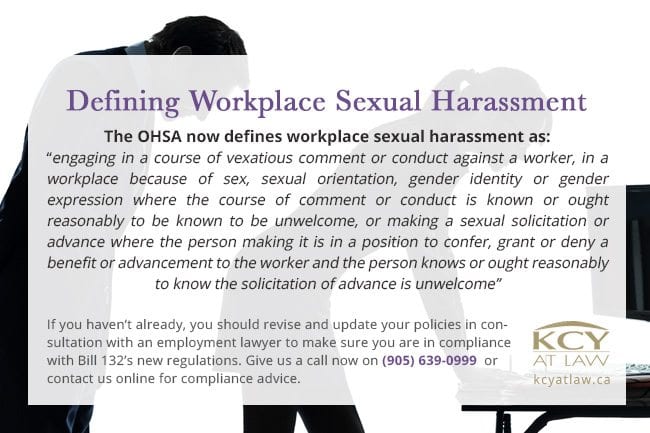 “engaging in a course of vexatious comment or conduct against a worker, in a workplace because of sex, sexual orientation, gender identity or gender expression where the course of comment or conduct is known or ought reasonably to be known to be unwelcome, or making a sexual solicitation or advance where the person making it is in a position to confer, grant or deny a benefit or advancement to the worker and the person knows or ought reasonably to know the solicitation of advance is unwelcome”

Genesis Of Bill 132: New Protections Against Sexual Harassment in the Workplace

The genesis of this Bill came in March of 2015 when the Government of Ontario announced an Action Plan to Stop Sexual Violence and Harassment with the intention to protect Ontarians from the impacts of these types of harassment and violence. 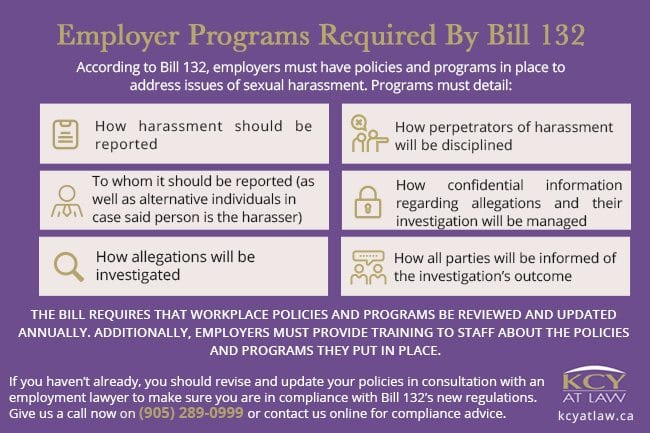 According to Bill 132, employers must have policies and programs in place to address issues of sexual harassment. Programs must detail:

If you haven’t already, you should revise and update your policies in consultation with an employment lawyer to make sure you are in compliance with Bill 132’s new regulations. To review or develop your workplace’s policies, contact KCY at LAW’s professional employment law team at (905) 289-0999 or fill out an online consultation request form here.